Emmanuel Acho grew up in Dallas with three siblings, the son of Nigerian immigrant parents. His father was born in Isuikwuato, Nigeria and later immigrated to the United States. For three decades, his parents have traveled to rural villages in Nigeria with a team of American doctors, nurses and, volunteers with the sole goal of saving lives.

In 2012, Acho was drafted into the National Football League (NFL) by the Cleveland Browns.  He later played with the Philadelphia Eagles while earning a master’s degree in sports psychology at the University of Texas, during the off-seasons. In 2016, he left the NFL for ESPN, where he served as the youngest national football analyst. He is currently an analyst for Fox Sports.

In early Summer 2020, Acho began to receive many questions about racism, and how to support and ally with the black community. He decided to create a YouTube series and titled it, "Uncomfortable Conversations with a Black Man".  The viral series led to his first book, of the same name, as well as a partnership with Oprah Winfrey. The book will be available November 2020 and a Young Readers Edition, from Flatiron Books, Uncomfortable Conversations with a Black Boy, will be available March 2021. 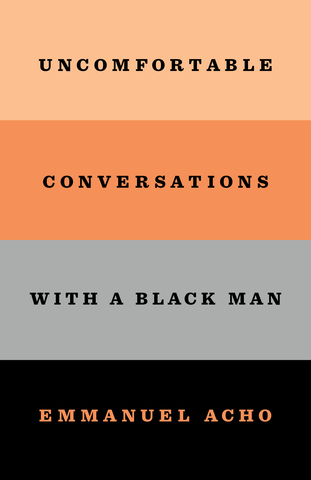