Stan Sakai was born in Kyoto, Japan, and grew up in Hawaii. He began his career by simply lettering comic books as he perfected his art and began working in the industry. He wrote and illustrated The Adventures of Nilson Groundthumper and Hermy, a comic series with a medieval setting, influenced by Sergio Aragones's Groo the Wanderer. He worked with editor, publisher, and producer Stan Lee, lettering the Spider-Man Sunday newspaper strips for 25 years. Sakai is most famous for his original creation, Usagi Yojimbo, an epic graphic novel saga that began in 1984 and now spans more than 34 volumes. It features Miyamoto Usagi, a samurai rabbit living in early-seventeenth-century Japan. Skillful weaving of history, folklore, and Japanese culture into his work has made Sakai's Usagi Yojimbo a favorite among educators as a curriculum tool. Usagi has also been a part of the Teenage Mutant Ninja Turtles in their TV series, comic book crossovers, and toy lines.

Usagi has been published in sixteen languages and Sakai has been honored with a number of awards, including six Eisner Awards, two Harvey Awards including one for Best Cartoonist, the Japanese American National Museum's Cultural Ambassador Award, and the Parent's Choice Award.  In 2015, he was named to the ALA YALSA Great Graphic Novels for Teens list. 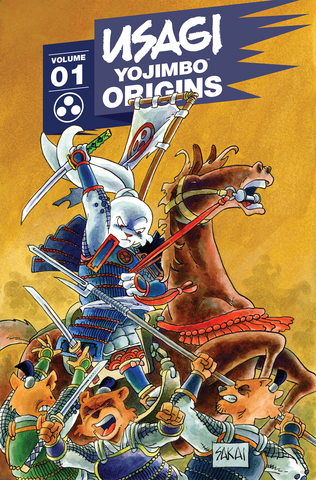